The History of the US Masters 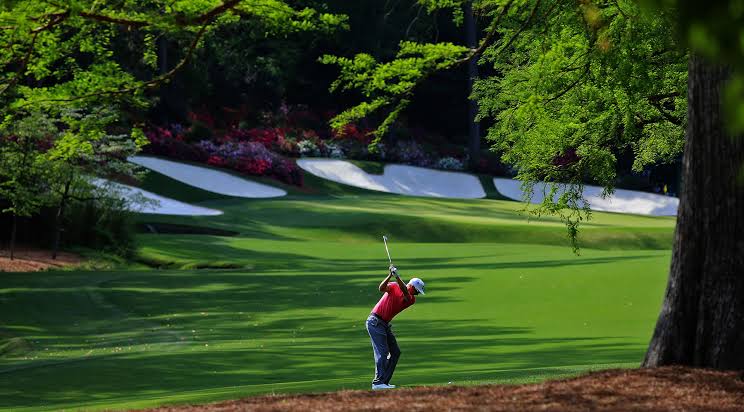 The Masters is one of the four major pro golfing tournaments and this event in steeped in golfing history since 1934, when a well-known amateur golfer by the name of Bobby Jones and his friend, Clifford Roberts, an investment banker, decided to set up a golf tournament. Bobby Jones designed Augusta with the help of a course architect called Alister MacKenzie and the tournament began as an annual invitational event.

In 1949, the famous green jacket was introduced, with the winner having the green jacket made for him, which he can wear for 12 months, then he must return it to the Augusta clubhouse, where it will be stored, along with all the other winners’ jackets. The jacket is the player’s personal jacket, but only the first-time or the current winner can take their jackets out of the course grounds, and there is always the Champions Dinner, which is always held on the Tuesday before the tournament. The legendary Ben Hogan initiated the Champions Dinner in 1952, an invitation dinner for all the previous winners and some board members of the Augusta National Golf Club. Since 1963, past Masters winners have traditionally teed off from the first tee on the morning of the first day of the tournament, which is a tradition that has remained until this day.

The Sixties and Seventies

Very much regarded as the glory era, when the 3 biggest golf stars, Jack Nicklaus, Arnold Palmer and Gary Player had some memorable and epic encounters to win this tournament, which is now regarded as the most prestigious of all golf tournaments. Many golfers take US Masters Golfing Holidays to watch one of the best tournaments in the world and take in some of that unique Masters ambience, and when you consider that you can have the holiday of a lifetime, it’s easy to understand why the Masters course, Augusta is a such a popular venue for golf enthusiasts. From 1960-1978, Palmer, Nicklaus and Player won the tournament a total of 11 times, which included some amazing battles that will long be remembered.

Gary Player became the first non-American to win the Masters in 1961 when he beat the defending champion Arnold Palmer, and Player won it again in 1974, then four years later, he won the Masters for the third and final time. Gary Player has entered the tournament a total of 52 times and shares this record with Fred Couples, with both golfers having making more than 20 consecutive cuts in the tournament.

The Eighties and Nineties

In these two decades, non-American players won the championship a total of 11 times, with Spanish player, Seve Ballesteros becoming the first European golfer to win the Masters in 1980. During this time, Australian golfer Greg Norman missed several opportunities to win the Masters; in 1987, he was beaten in the play-off holes by Larry Mize, who holed his second shot on the second play-off hole to take the trophy. In 1996, Greg Norman entered the final round with a six-stroke lead over English golfer Nick Faldo, who went on to win with a final round score of 67, and in 1986, bad fortune again saw Norman failing to beat Jack Nicklaus.

If you would like to experience Augusta at its finest, search online and you can book a golfing holiday and see the best players battle it out a world class golf course.

Top Reasons to Consider when Deciding to Remove Your Swimming Pool

How Going Out to See the Whales Will Impact Your Life

How to start trading: A beginners guide

How To Choose A Reliable Multifamily Renovation…